Monthly archives for May, 2016 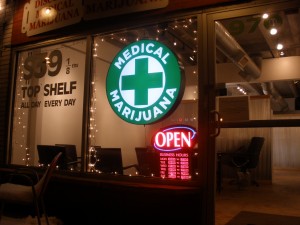 A medical marijuana dispensary in Colorado, where tax revenue are expected to double initial estimates (O’Dea)

A study by the US-based Tax Foundation finds that the four US states that have legalized marijuana have collected more tax revenue than they had initially estimated. The Colorado government is anticipating revenues of $140 million, which is double the initial $70 million estimate. Washington’s state government meanwhile is estimating tax revenue as high as $270 million per year.

State governments could expect to raise between $5 billion and $18 billion in total if they all legalized and taxed marijuana, says the study.

The study says that state and federal governments could levy a number of taxes on the national marijuana market, including a federal excise tax similar to what is collected from cigarettes, which would raise $500 million in revenue and a 10 percent sales surtax, like that collected in Colorado, which would raise $5.3 billion if imposed nation-wide.

Other sources of government revenue opened up by legalization include individual income and payroll taxes from employment in the marijuana industry. These sources of revenue may increase as production ramps up, the study estimates.

The study predicts that prices and profit margins will fall drastically when marijuana is legalized, as a result of the much lower risk premium attached to production of marijuana once it is legal.

While some rights activists point to the repression inherent in taxation of voluntary transactions, most welcome the shift from wholesale prohibition of marijuana, to regulation and taxation, as a lifting of the degree of repression placed on the marijuana sector. All major marijuana advocacy organizations in the US meanwhile are supportive of the growing trend toward legalization and taxation of marijuana, and regularly tout the benefit of legalization on local, state and federal tax revenues. 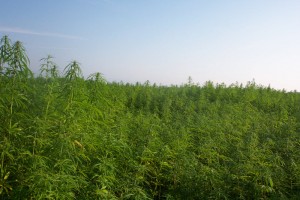 Canopy Growth will provide AusCann with assistance in production, quality assurance and operations, as well as strategic advisory services, in exchange for a 15% ownership stake in the Australian company.

Canopy Growth CEO Bruce Linton said that the company’s experience starting Tweed and its sister companies after legalization in Canada makes it experienced in facing the same “opportunities and challenges” that Australian medicinal cannabis companies can expect to encounter as the country develops a legal market for the product.

Linton will join AusCanna’s Board of Directors and share with the company the best practices Tweed Farms established over recent years. Commenting on the partnership, AusCann Managing Director Elaine Darby said:

“We chose to work with Canopy Growth because they’ve established themselves as leaders in the Canadian and global industry. We are excited to establish the same success here in Australia.”