Langdon Brown, one of the leading pioneers to legalize medicinal cannabis for sick and dying Australians, has been nominated for the 2017 Australian of the Year Award. 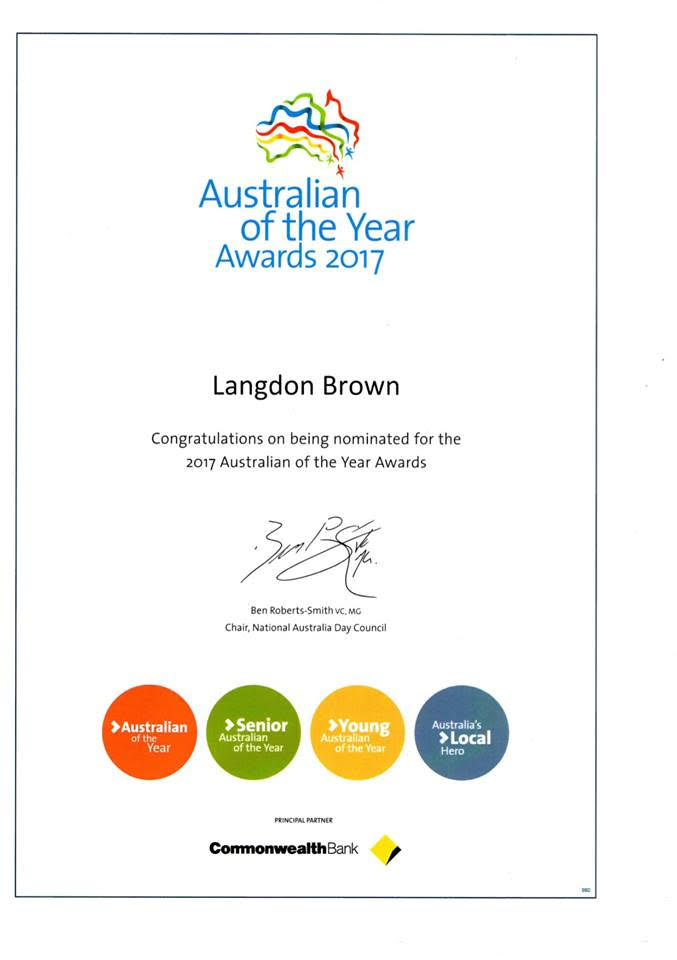