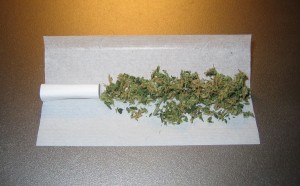 England and Wales witnessed no increase in cannabis usage despite reduced police enforcement of laws prohibiting cannabis from 2010 to 2015, according to newly released data from police forces and the British government.

The findings call into question the public health benefits of the war on drugs, and bolster calls to legalize drug consumption, in particular of cannabis, which have picked up steam in developing countries over the last decade.

Data released this year by 32 police forces in response to Freedom of Information Requests by the BBC shows that the total number of arrests for cannabis possession by the respective police forced declined from 35,367 to 19,115 per year, a 46 percent decline, from 2010 to 2015.

“It’s freed up our staff to deal with things that are more important.”

The decriminalization shift did not lead to increased cannabis consumption as shown by study conducted by the British Home Office, which finds 6-7 percent of the population using cannabis over the timespan.